The VFX Forth for Linux family consists of a 64 bit version for x86_64 and 32-bit x86 and 32-bit ARM versions built from the same code tree as the Windows and Mac OS/X versions; please refer to the Common features page for a more detailed description of aspects common to all versions, e.g. code generation. VFX Forth for Linux also works on FreeBSD with the Linux compatibility layer installed.

The ARM version works on all 32 bit distributions that support the EABI – that’s most everything these days, including the Raspberry Pi and the Beaglebone Black.

A customer said:
“Besides the amazing optimizing compiler, I love the DocGen documentation system. The easy C interfacing and Genio driver architecture have also been key for my project. And finally, I can even generate turnkey apps customized for my eBox 2300SX.”

We have settled on GTK+ as a suitable cross-platform GUI library. Now that we have VFX Forth for Windows, Mac OS X and Linux, it was time to take the original Linux interface more seriously. Now the GTK+ interface is cross platform, so it’s one of the common features.The four pictures are from Windows, Mac OS X, x86 Linux and ARM Linux. All four were produced by compiling the same source code with no changes. The library interface file contains a small amount of conditional compilation for library file names, but that’s all that changes between operating systems. 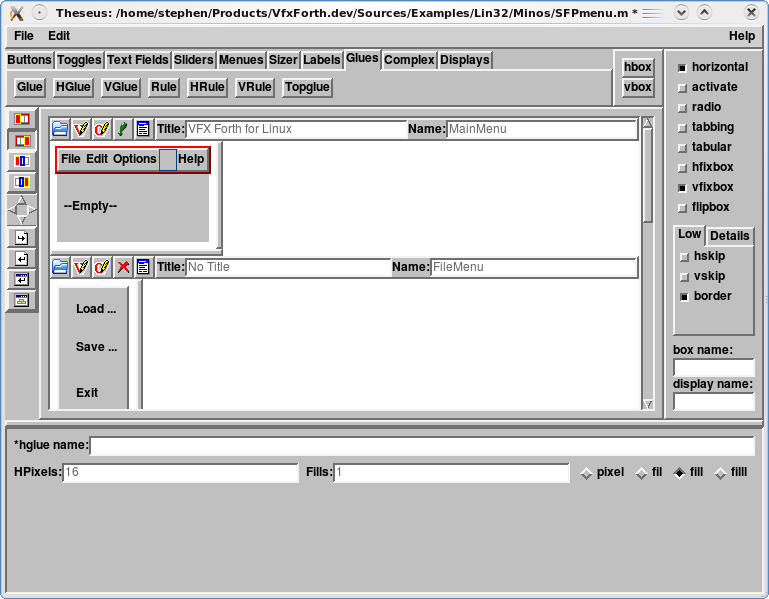 VFX Forth for ARM Linux includes a direct GPIO access example for the Raspberry Pi with a bit toggle rate of about 10 MHz using the generic GPIO functions, and somewhat faster using functions dedicated to the peripheral pin. Root privilege is required. This example can easily be modified for other ARM Linux platforms. It is particularly useful for writing simple peripheral drivers in user space, e.g. I2C master – no kernel driver required.

The VFX Forth kernel is source-code compatible with MPE’s Forth cross compilers, and compatibility for other versions of VFX Forth for Windows or Mac OS X has been made simple.